Carrie started her Pilates training in Seattle with Dorothee Vandewalle, Lori Coleman-Brown, and Lauren Stephan. She also had the good fortune to study with Romana Kryzanowska. In 1999, she earned her certification with the Pilates Guild, and in 2000 Carrie moved back to her hometown, Boise, Idaho and opened Boise’s first Pilates studio, Forte' Pilates. In 2007, she sold the studio and moved to California where she had a thriving home studio, The Pilates House.
‍
In 2011, Carrie moved back to Boise and continued to work from a home studio. In 2015, she became part owner of Grasshopper Pilates. In the same year she was accepted into and completed The Work at Vintage Pilates in Los Angeles. The Work was a highly selective mentorship program studying with 1st generation teacher, Jay Grimes.

In 2019, Carrie became sole owner of Grasshopper Pilates and decided to change the studio name to Forte' Pilates coming full circle back to her first studio’s name. 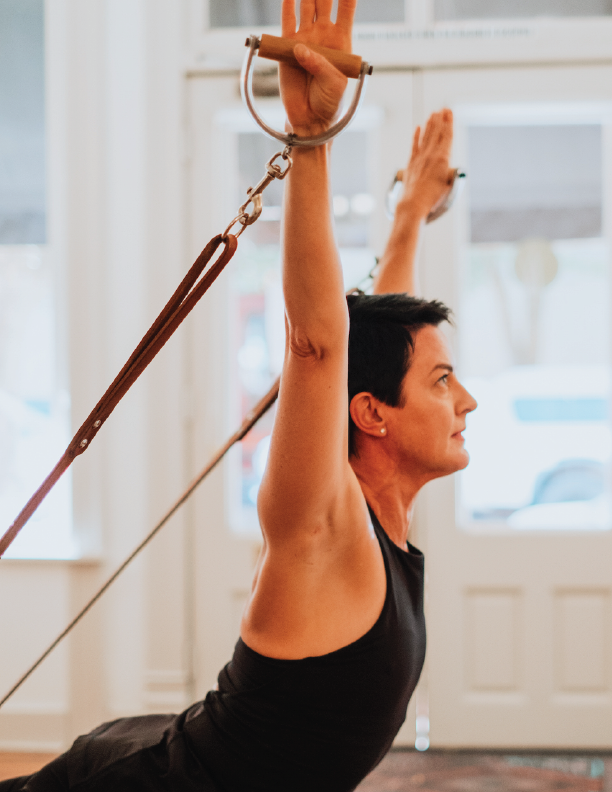 Desiree has been a certified Romanas Pilates instructor for over 16 years, with a professional dancing background for over 17 years (Performing and Teaching). With her dance career cut short due to an injury, Desiree decided to head back home to Washington to attend college. While studying for her BA, Desiree discovered a love for Pilates and started training from Pilates Seattle International. After graduating from college, she worked for the next 8 years at PSI.

Desiree had the opportunity to work with many master teachers such as; Lori Coleman-Brown, Dorothee Vandewalle, Larry Gibas, Jerome Weinberg MeJo Wiggin, Sari Mejia Santos , Cythina Lochard and last but not least Romana Kryzanowska. After coming to Boise on a family visit, Desiree decided to move and has been here ever since. Currently she is teaching Dance at Ballet Idaho, instructing at Forte' Pilates, and is a proud mother of 2. 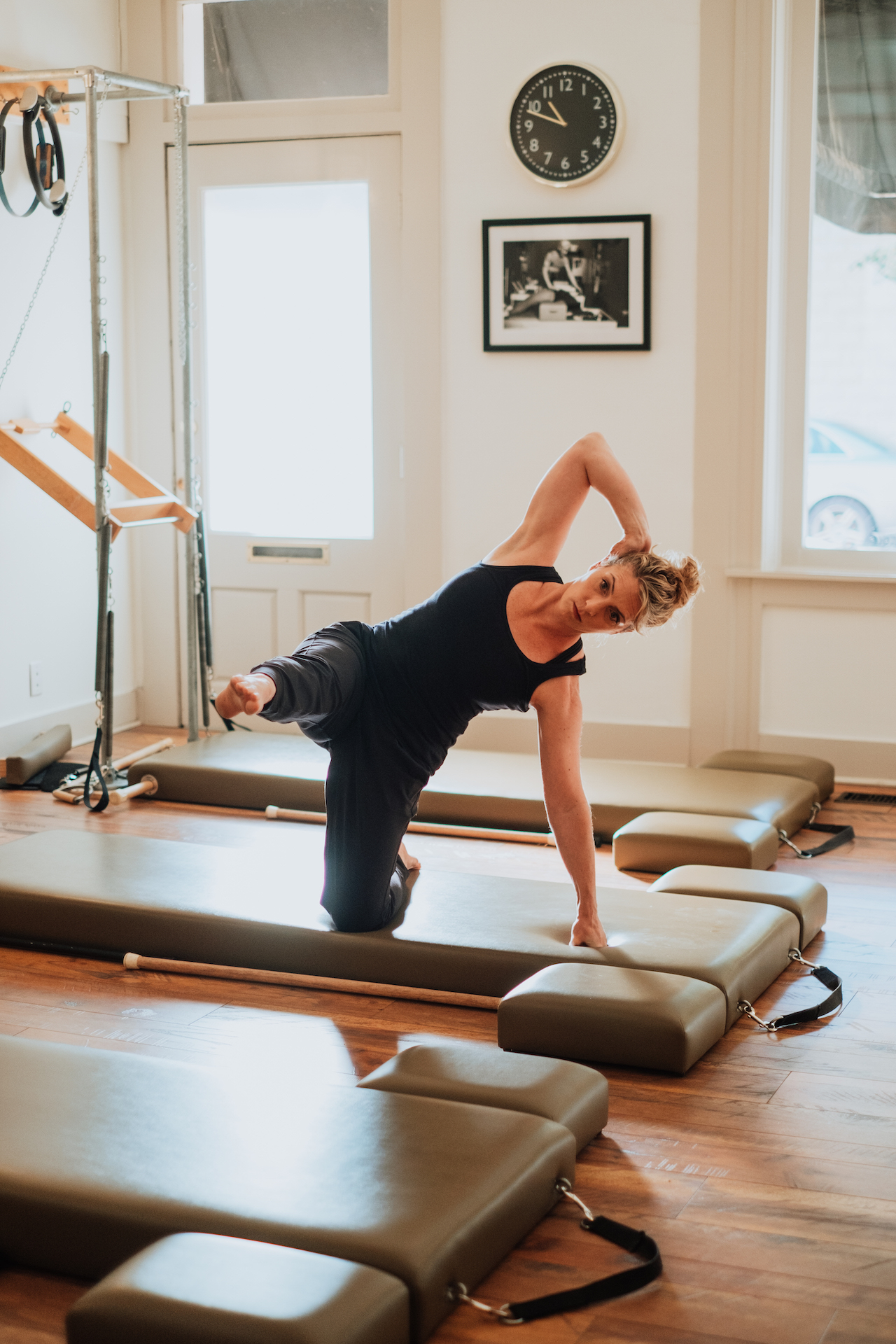 Young was introduced to Pilates as a way to heal her chronic lower back pain. After taking several Pilates sessions, she realized the benefits for her back but also to get fit and tone up her body. Experiencing these positive changes in her body led her to becoming a Pilates instructor.
‍
Young earned her comprehensive Power Pilates certification in 2015 under the guidance of Power Pilates master trainer, Allison Gonzales, who worked closely with Romana Kryzanowska and Bob Liekens. Young also completed another certification, 360 Pilates with Benjamin Degenhardt in 2017. She then completed human anatomy workshops at Stanford School of Medicine to deepen her knowledge of Pilates and movement. Young taught at various studios in the Bay area.
‍
Young is a native Korean. She initially came to the United States for her graduate school education. She earned her BA and MA in Political Science in Korea and earned her Master’s degree in Education from Stanford University in 2009. Young is available to teach in English and Korean. She recently relocated to Boise and is extremely excited to start sharing the benefits of Pilates by teaching at Forte' Pilates. 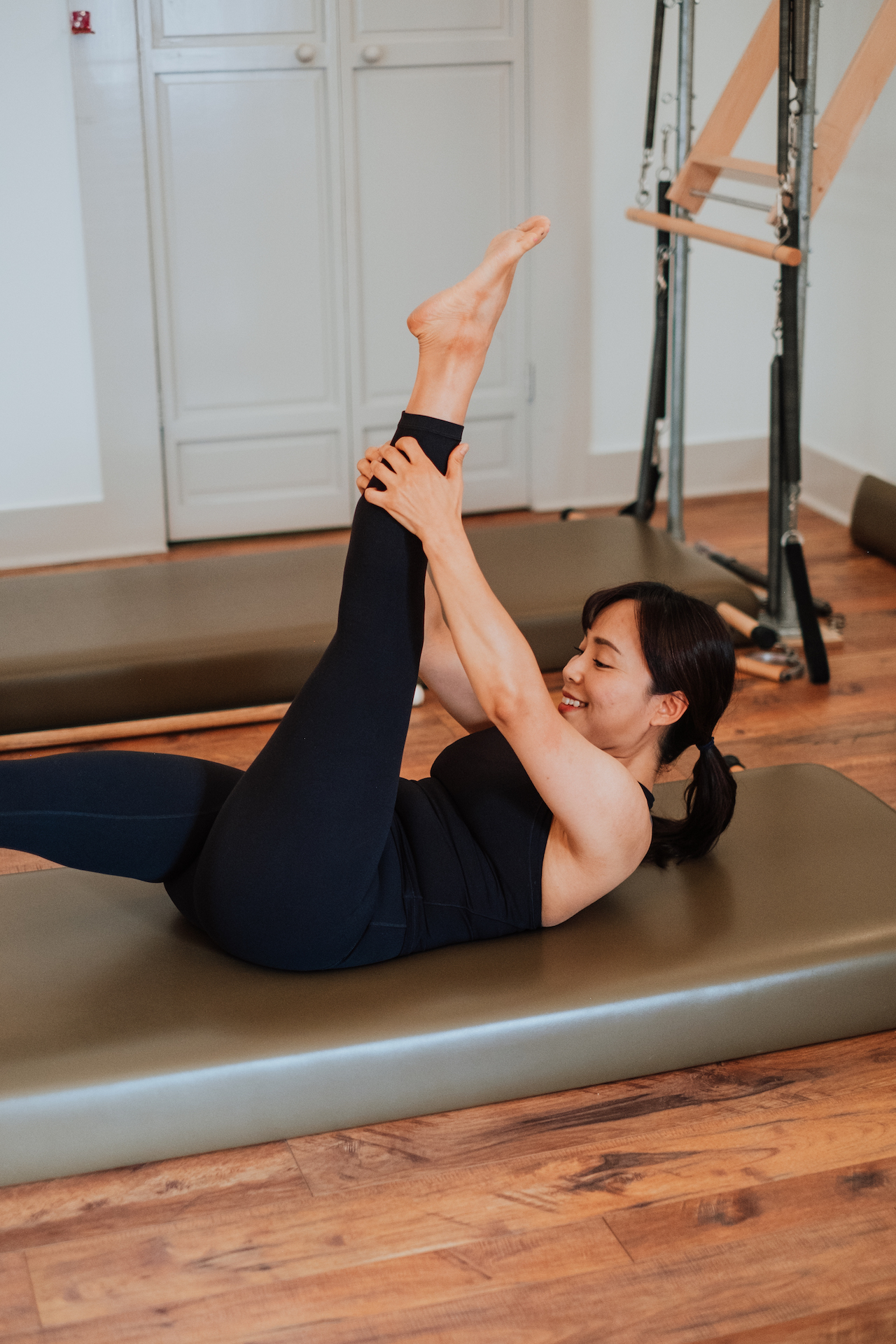 Kim grew up in McCall and loved her time living in the mountains. She left McCall to attend the University of Idaho. She graduated with a dance minor and B.S in Textile Design.

In 2002, Kim started training with Carrie at Forte Pilates. She eventually moved to Seattle to complete her 700 hour apprenticeship at Pilates Seattle International. In 2003, she returned to Boise to teach at Forte Pilates. During her early teaching, she became interested in furthering her knowledge and entered graduate school for physical therapy in 2008.

Kim received her Doctor of Physical Therapy in 2011 from Idaho State University and works now at Thrive Physical Therapy. She loves combining her Pilates knowledge base with movement therapy for patients (and clients). Kim loves running, hiking, camping and teaching. She's looking happy to be part of the "new" Forte Pilates team. 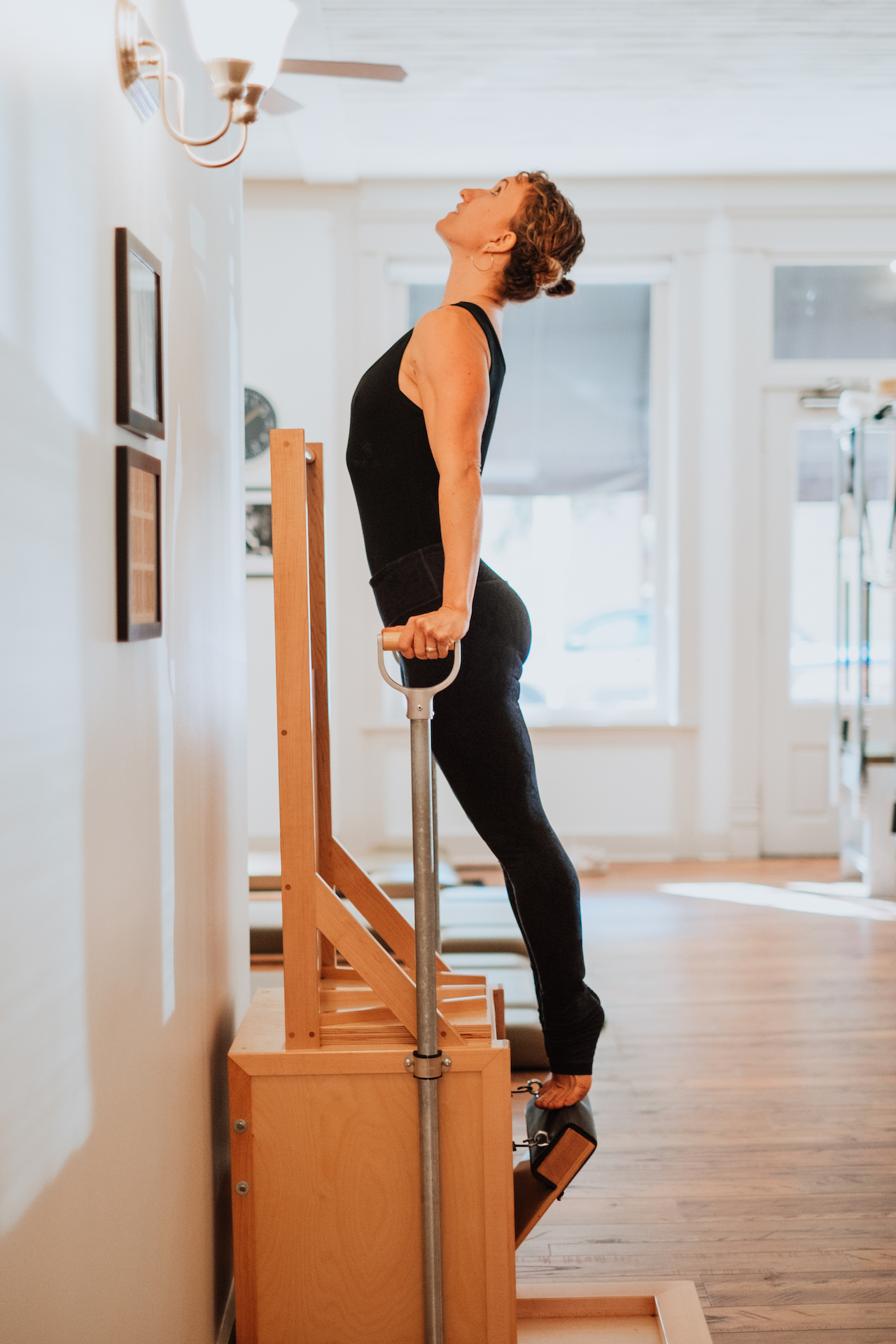 Heidi was trained in 2009 by master Pilates teacher Dorothee Vanderwalle, recognized as one of the leading teacher-trainers and Pilates practitioners in the world. Through Seattle’s Metropolitan Authentic Training program, Heidi has focused on the original, authentic method developed by Joseph Pilates. She has over 900 hours of teaching, training, and observing in authentic Pilates instruction.

Prior to Pilates, Heidi received her masters in teaching from the University of Washington and has worked as a secondary science teacher in Seattle, Boston, Germany, and on the Navajo Reservation.

Physical activity has always been integral to Heidi’s lifestyle. She enjoys biking, running, hiking, dance and skiing. Her previous career in education, combined with her focus on physical activity and body awareness provided a perfect segue into a career in Pilates instruction.

In Heidi’s private or semiprivate lessons, your workout will be structured around your physical needs in caring and yet challenging format. 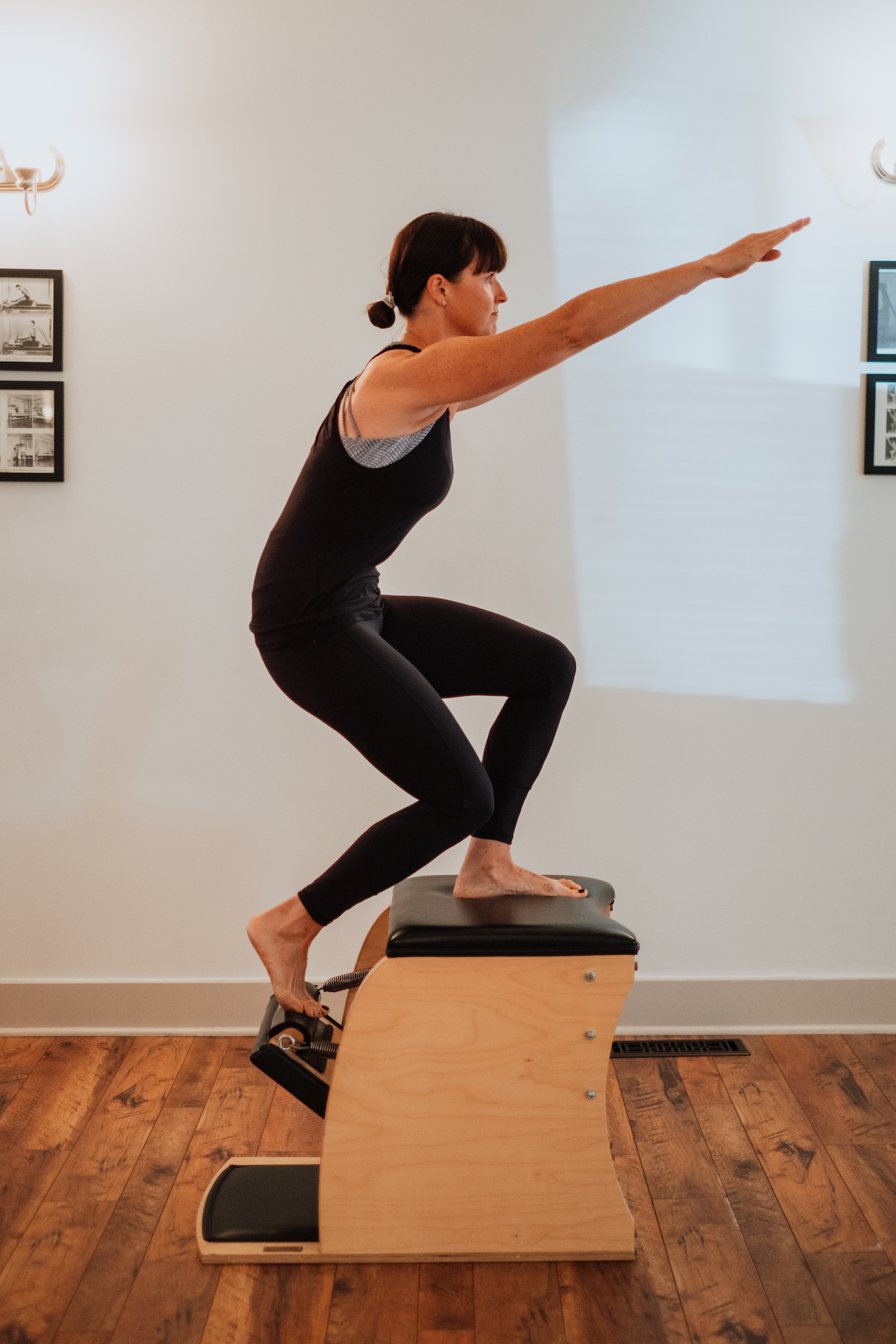 Tsarra Bequette began her earliest Pilates training at the age of 16 with Carrie Shanafelt at Forte Pilates.  At that time, she was dancing with Balance Dance Company and as an apprentice at Ballet Idaho, and found that Pilates greatly enhanced her dancing. In college, Tsarra continued to train in Pilates with the Boston based teacher Kathy Van Patten, then sought out Pilates instruction from a variety of teachers while living in Manhattan.
‍
After college, Tsarra had a career as a professional dancer in New York City performing with the dance company MOMIX.  Tsarra spent six years touring professionally as a soloist, dance captain, and master teacher with MOMIX, and assisted in choreographing and developing their shows Botanica and Alchemy. While not on tour, she performed as a freelance artist in projects with Daniel Ezralow, Adam Miller, and Natalie Lamonte. You might also be able to spot her as a ninja in a music video for HBO’s Flight of the Conchords.  After a one year hiatus from New York where she returned to Boise and taught ballet to the students of Balance Dance Company, Tsarra concluded her time in New York with 3 years as a fitness instructor at Physique57, a Manhattan based barre studio.
‍
Tsarra holds a BFA in ballet and modern dance from The Boston Conservatory and also studied in summer workshops at The Juilliard School and Jacob’s Pillow. In 2015, she was selected to participate in Brooklyn Academy of Music’s Professional Development Program.  There she completed the DeVos Institute’s Performers in Transition Arts Management Training Program.
‍
In 2017, Tsarra returned to Boise and began her Pilates apprenticeship with Carrie Shanafelt in 2019.  She is excited to reconnect with her Boise roots and pursue her Pilates certification under the guidance of Carrie and the Forte' Pilates team. 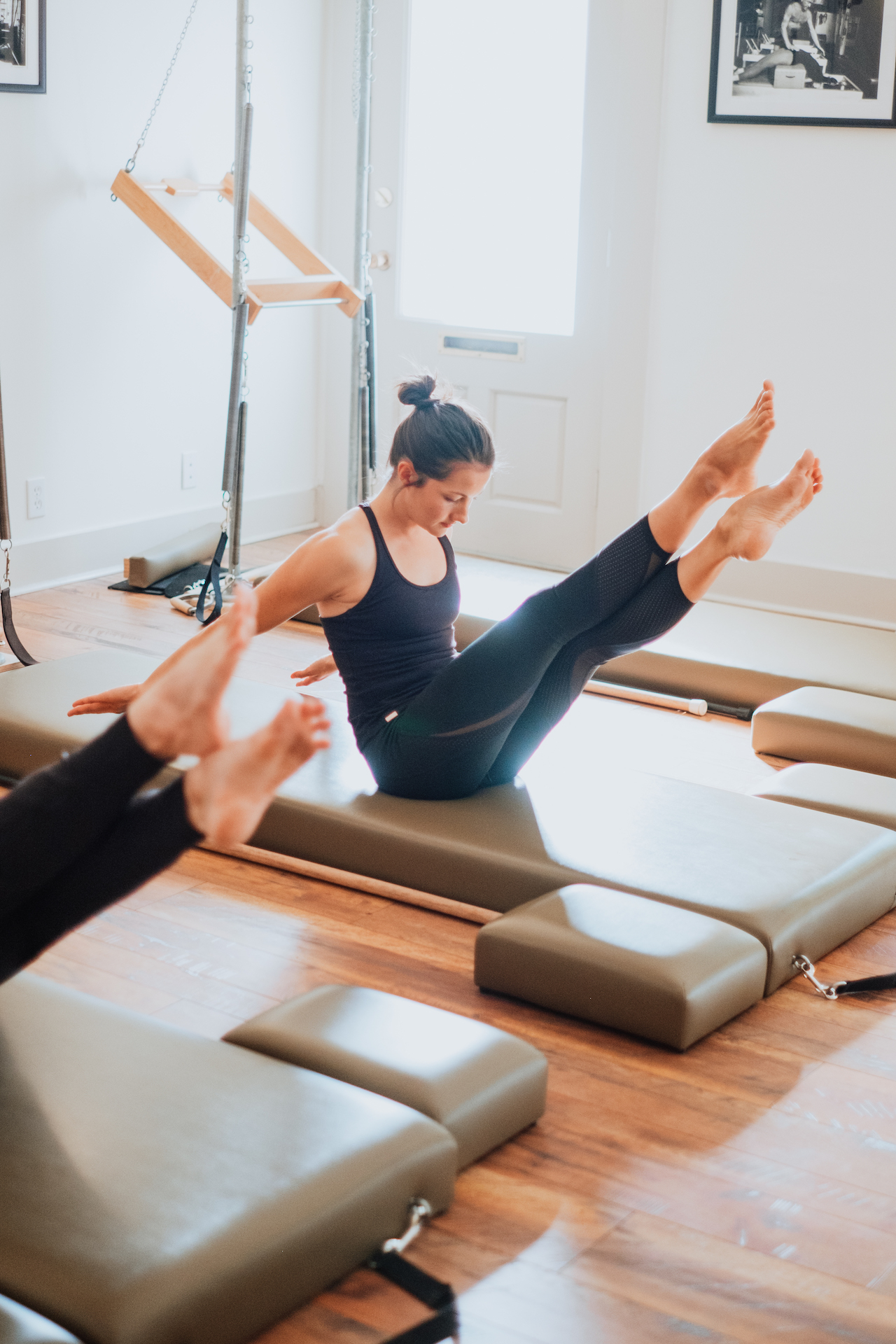